Muzaffarnagar in Uttar Pradesh is primarily popular for a number of temples, religious places and of course for being the sugar belt. The name to this city was given by the erstwhile Mughal ruler called Sayyid Jagirdar to honor his father. It is based at the national highway NH 33, which connects the town to every direction via different modes of transport. One can easily access this town from New Delhi via different ways including roadways and railways without any hassle or issue. It may not have the importance for tourism yet looking at the religious and even industrial perspective, Muzaffarnagar is considered as one of the fastest developing cities somewhere closer to places like Meerut and Noida. Hence traveling to Muzaffarnagar can be worthy in many ways. 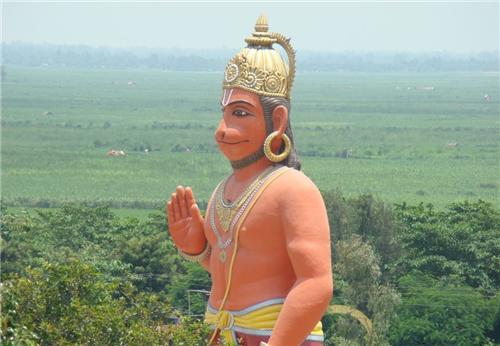 Religious Places to Visit in Muzaffarnagar

While on visit to Muzaffarnagar, there are many options of visiting a number of religious places with few very much popular religious temples.

There are many temples in Muzaffarnagar wherein hordes of devotees visit everywhere from all the lengths and breadths of the country. Some of these temples are very much ancient in nature, which attract even good number of tourists from both India and abroad. In a sense, Muzaffarnagar is a perfect place to find peace and tranquility of the soul and mind.

This temple is based at a town called Budhana, which is found over the banks of Hindon River in the district of Muzaffarnagar. There are only two such temples of this kind in entire country with one in Pushkar, Rajasthan and the other is in Muzaffarnagar District. It is an ancient temple, which have two other names as well – Nadi Wala Mandir (The river temple) and Shri Harnandeshwar Dham.

This is basically a very much popular religious town found in Muzaffarnagar district. This place has a great religious importance and according to the Hindu Mythology, Rishi Suka was seen narrated the scripture of Bhagwat Purana to Parikshit Maharaj for a week till he died down due to biting of snake, which according to the beliefs was King Takshaka seen in the form of a snake owing to a curse or prophecy. Also, you can find one old banyan tree known as the Vat Vriksha, which is said to be associated with the Mahabharata time. Due to such a great religious significance, this temple sees thousands of devotees coming from different nooks and corners of the country as pilgrims. This place also has towering statues of Ganesha, Durga and Hanuman.

This religious place is also called as Kirtan Bhawan, which is located in a heart of the city called New Mandi. Every evening one can listen Kirtan (hymns or Bhajans to praise the lord), which is being heard by the devotees. Sankirtan Bhawan is the only temple to carry the statue of Tirupati Balaji that makes this place very much significant for devotees from different Hindu communities. One can also find a number of activities in the premises like free food and water distribution in the food section called Anna Shetra on a daily basis sharp at 12.00 noon. As per estimate around 1,00,000 poor people are served in one year, which came into being by a popular businessman cum philanthropist called Giani Ram Gupta in the late seventies to see the blessings of god. He was also seen carrying out a number of initiatives along with donating huge amounts to the temple. 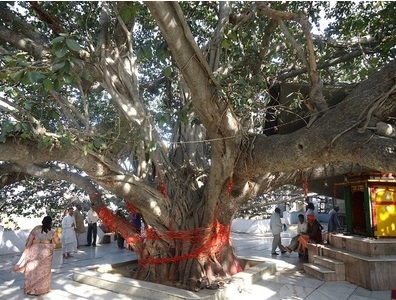 This temple is based at the heart of Muzaffarnagar over the street called Ansari Road. It is one of the most peaceful and blissful spiritual place wherein you can spend a good time by meditating and other similar things. People usually visit this place during festive seasons. One of the vital aspects of Bhairo ka Mandir is the presence of eleven Shivalingas popularly called as Ekadash-Shivlinga. Indeed a best place to see spiritual awakening wherein you have the opportunity to join both the morning and evening chant (Aarti) sessions.

This is one of the most important pilgrimage places for Jain community, which symbolizes the true secular fabric of India by having both the Shiva temple and mosque in the premises. The temple of Jains has a common wall with one end having the mosque and the other end you have the temple, signifying secularism. This temple carried a very old statue of Parshwanath. Besides, you can even find a Naturopathy Hospital & Research Centre in the premises.

Apart from the popular temples and pilgrim sites to visit, the city of Muzaffarnagar has several museums to explore. Let’s check some of the popular ones:

This is a popular museum, which was established in 1959. It carries a number of historical metal pictures, coins, stone sculptures and terracotta. One can even find a diverse collection of paintings and dolls that are dresses in the traditional attires along with cannons and stamps.

This museum was established in 1970, which is located in the premises of Sanantan Dharam College based in town of Muzaffarnagar. The Post Graduation Department of Zoology is behind creating this museum in the city. One can find a number of classes pertaining to subjects like vertebrate and phyla that are seen in the museum. One of the key attractions of this museum is the Insect Gallery wherein one can explore a huge array of insects, indeed a very good collection for Zoology students.

There are certain commercial areas, which can be an ultimate place for the traders and retailers, so the idea of shopping is more on a bulk level than on a smaller level. In the list of malls ASJ Grand Plaza is considered as one of the popular and bigger malls in the city, which encompasses all the major brands for you along with the three screen based multiplex in it. If you are looking for clothes and garments consider visiting the markets based at Ansari Road, New Mandi, SD Market, Jhansi ki Rani Chowk, etc.;for hosiery material head to Sadar Bazaar. If you visit this place like a steel and iron trader head to the market called as Loha Mandi or Lohia Bazaar, here you can find all the major steel and iron products at wholesale rates. For heavy engineering products, Roorkee Road market is one of the best options, while for the Automobile spare parts Meerut Road is among the popular choices for the traders and people needing this place.

How to Reach Muzaffarnagar

One of the basic ways to reach out to this town is via road, which can be boarded from any nearby towns and cities. Both the private and government buses (both AC and non AC buses) are available in the city to travel to the nearby cities and towns like Delhi, Agra, Panipat, Allahabad, Jaipur, Ujjain, Indore, etc. One can also reach via trains. Muzaffarnagar is very well connected to a number of towns and cities of different directions. Right from finding direct trains to Mumbai, Chennai, Pune to Jammu Tawi, Amritsar and Dehradun, you have all the options open to reach out this city taking the train route. Last option to reach out this place is via air. Muzaffarnagar has one small airport located at the outskirts of this city wherein you can find all the domestic flights moving to cities like Delhi, Dehradun, etc.

The city of Muzaffarnagar enjoys a very pleasant and mild weather from the month of November to April, which is considered to be one of the best time to visit this place. But owing to the presence of many religious temples and sites, the city attracts people all round the year. The weather in the rest of the months goes as per the seasons summer, rains and winters but the climate never turns too extreme in any of the three seasons.