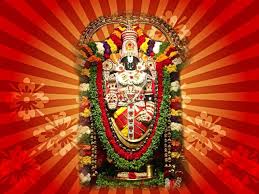 Muzaffarnagar is a land of spiritualism and of religious interest. The devotees from all across the country visit here to accomplish their religious duties. One such religious site in the city is Sankirtan Bhawan. It is one of the most revered and popular religious places for Hindu and other communities. Sankirtan Bhawan is basically a temple of Lord Tirupati Balaji. The term Sankirtan means devotional songs which the devotees sing to praise the lord. During the festive time, a huge amount of devotees are seen in and around the temple carrying out the religious duties.

The Insight of Sankirtan Bhawan Muzaffarnagar

As per the Hindu scriptures, Tirupati Balaji is one of the forms of God Vishnu, in which he appeared simply to express his love and affection for his devotees. This incarnation of God Vishnu in the form of Balaji Tirupati or Venkateswara is worshiped in the southern part of India wherein hundreds of temples carry this idol. The temple premises is also known as Kirtan Bhawan, as you can find the Kirtans (religious songs meant to praise the God) being performed every evening across the mighty size statue of Lord Tirupati Balaji.

As per the Tirumala Tirupati Devasthanams or TDD (a central body based in Tirumula, Andhra Pradesh, manages all the prominent Balaji Tirupati temples in the country and abroad), Sankirtan Bhawan is the only temple in five nearby districts to carry the idol of Lord Tirupati Balaji. One can also find an important activity called Bhandaara, which is basically a food distribution service for free devoted in the name of Lord Balaji. It is organized on a daily basis in the special food area called Anna Shetra at 12.00 noon. As per estimate, more than one 1,00,000 poor people are fed in a year in this temple.


How to Reach Sankirtan Bhawan Muzaffarnagar

Sankirtan Bhawan is located in midst of the peaceful and prime residential areas of New Mandi, which is just beside Gher Khatti in Muzaffarnagar. The area New Mandi is very well connected with all sorts of public transport, which makes Sankirtan Bhawan accessible from all sides. One can, therefore, reach out this place with taxis, city buses and auto rickshaw at nominal charges.