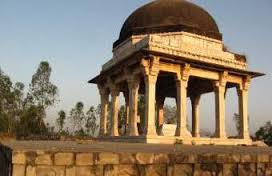 Muzaffarnagar is a land of spirituality. Established by the Mughal rulers, it is surrounded by the two important rivers and is around 134 kilometers from the national capital. Being one of prominent religious place in North India, seeing a number of religious devotees and pilgrims is one of the obvious scenes over here. Besides carrying various religious places in the city, you can find a wide range of historical and important cities and towns, which are properly connected and worth visiting from here.

This small town in Uttar Pradesh is 53 km from Muzaffarnagar and is considered as an important place for Hindu and Jain communities. As per Hindu mythology, Hastinapur has great importance as it was the capital city of Kauravas (the Kuru dynasty king). All the major incidences discovered in the epic of Mahabharata revolve around this city. Thus, for Hindus, it is one of the most revered places in India. Similarly, the Jain community calls it as a Kashi of Jains for having their most important temples in India. You can find a number of ancient Jain temples here including Shri Digamber Jain Mandir, Jambudweep, Shwetambar Jain Temple and Kailash Parvat. Besides you have other religious sites like the old Pandeshwar temple and a historical Gurdwara of the Sikh Community. If you visit this city, don’t forget to catch the glimpse of Hastinapur Sanctuary, which attracts all sorts of tourists here. Being a religious town, Hastinapur is a happening place wherein you can find a number of religious and cultural fairs/exhibitions are organized round the year. These include Akshaya Tritiya, Kartik mela, Das Lakshana, Durga Puja and Holi mela. Also, you can even catch a number of other programs being organized by tourism department and several NGOs in the city.

Located around 60 km from Muzaffarnagar, Meerut is one of the ancient cities, which has its origin from Indus Valley Civilization being present in and around this era. It was ranked the 23th position in terms of population density in India in 2011. Besides, it is also called as one of the fastest urban areas in the world with a global rank of 33, much faster than certain important cities like Delhi and Mumbai. One of the interesting aspects of Meerut is that it is a home of the second largest army cantonment areas in the country. You can find a wide range of tourist attractions in Meerut, which makes the visit to this place worthy. These include Jama Masjid, Shahi Eid Gaah, Dargah of Baley Miyan, St. John's Church, Augarnath Temple, Shahpeer's Mausoleum, Suraj Kund, Parikshitgarh, Martyr's Memorial and the serene and famous park called Gandhi Bagh (Company Garden). Apart from these tourist destinations, you can find a number of other places like Baleni, Mansa Devi Temple, Basilica of Our Lady of Graces, Chandi Devi Temple and Sardhana.

It is one of the cities of Uttar Pradesh, which is around 63 km from Muzaffarnagar. It is very much popular for wood carving and cottage industry. Having the fertile land, the city is an important hub of mangoes and basmati rice. Besides, Saharanpur is also considered as an agro-based industrial hub for sugar, textiles, cigarette and paper. There are many tourist destinations, which attract a wide range of people like Saharanpur botanical gardens (also called Company Garden), Ambedkar Memorial, wood carving market carrying incredible wood art. Besides, you can find a wide range of religious and spiritual places that include – Shia Jamamasjid, Chota & Bada Imam Barha, Karbala, Patheshwar Temple, Shiv Mandir, Jainbagh, Hari Krishna Mandir, Suparshvnath Jain Temple, Bhuteshwar Temple, Jain temple, Shiv Shakti Mandir, Balaji Temple, etc. All these places give you enough reason to visit this city from Muzaffarnagar.

It is one of the ancient and historical cities in Haryana, which is 77 km from Muzaffarnagar. The three most famous battles called the Battle of Panipat in history was fought in 1526, 56 and 1761, which really was a turning point in India. This makes Panipat as an important tourist destination for having spots of historical importance and several historical monuments. You can, therefore, call it as an important tourist stronghold, wherein people get the opportunity to explore a number of monuments and temples. It is also called as a city of weaver, which makes this city an important hub of carpet and textile industry. A number of attractions in Panipat include Panipat Museum, the Hemu Samadhi Sthal (Village Sodhapur), the grave of Ibrahim Lodhi, the 13th century old shrine of Sufi Bu Ali Shah Qalandar, Salar Gunj Gate, Kabuli Bagh, Shri Ram Sharnam, Shri Devi Mandir and Kala Amb. Apart from these places, you can catch up Insaar Bazaar, Gandhi Park and Quila Library in Panipat, which are all worth exploring by any tourist.

It is a city based in the state of Uttarakhand, which is 82 km from Muzaffarnagar. It is located at the banks of river Ganga and is considered as one of the most sacred places of Hindu community. Every year you can see thousands of pilgrims visiting this place to accomplish their religious and spiritual duties. One of the important religious events at Haridwar for which this place is known for is the Kumbha Mela wherein you can find millions of religious devotees, pilgrims and tourists flock to carry out their ritualistic bath in the Ganga River. Being an important religious place of Hindu community, some of the popular places in this town include Gangadwara (also known as Har Ki Pauri), Mansa Devi temple, Chandi Devi Temple, Kushwart Ghat, etc. Besides, you can find a wide range of temples and ashrams in and around the city. You can find certain markets for shopping, which include Bada Bazar, Jwalapur, Moti Bazar, etc. wherein you can find certain religious items along with a number of low cost ornaments.

It is based in Haryana, which is 84 km from Muzaffarnagar. It is a known place for having world class research and development institutes. These include CSSRI (Central Soil Salinity Research Institute), DWR (Directorate of Wheat Research), NDRI (National Dairy research Institute), IARI (Indian Agricultural Research Institute) and NBAGR (National Bureau of Animal Genetic Resources). Being a fertile land it is also known for high quality basmati rice production in the country. Furthermore, Karnal is blessed with a number of tourist attractions as well including religious places, monuments and few picnic spots. Some of the popular places include Durga Bhawani Temple 1000-year-old temple, which is one of the oldest temples in the country worth visiting by any tourist here. The other places include Gurudwara Manji Sahib, Minars, Karnal Fort, Bhara Mal’s Sarai, Karnal Golf Course, Karna Taal, Naraina, Rasulpur kalan, Karna Lake, Atal Park, Pukka Pul, Oasis Complex and Taraori.

This city is located in Uttar Pradesh, which is around 90 km from Muzaffarnagar. Hapur is an important manufacturing belt for producing high quality stainless steel, pipes and tubes. Also, it is a popular place for a number of small scale industries, which include Papad (thin size wafer of salty taste), paper, cones, etc. Besides, Hapur is also famous for having a number of religious and tourist spots. These include Maheshwari Mandir, Arya Samaj temple, the historical monastery of Sakyasingha Ratpala Buddha, Chandi Mandir, Sabli Shiv Mandir, Sapnawat Sai Mandir, Garhmukteshwar, Bhora Sahib Gurudwara, Seventh-day Adventsit church, Hapur Methodist Church, Jama Masjid of 1670 etc. Lastly, you can find two historical forts in Hapur including Asoura fort and Kuchesar MUD Fort. All these things give you a reason to visit this place from Muzaffarnagar.

This city is located in Uttrakhand, which is 102 km from Muzaffarnagar. Rishikesh is also called as ‘The Gateway to Garhwal Himalayas’. As its name indicates, it’s a place of saints and religious people owing to the presence of a number of temples and ashrams. This spiritual town is also surrounded by Ganga River, which also makes it an ideal place for adventure sports like white water rafting and hiking. This is the reason why you can find a number of backpackers flocking this town to enjoy incredible river rafting experience including from India and abroad. Besides, it is also an important town for Yoga and hence is also termed sometime as the Yoga Capital of India. So, if you want to experience the natural and ancients ways of meditation through Yoga, Rishikesh has several important meditation centers, which offer you perfect solace and enlighten your mind. A number of popular places to catch in Rishikesh include Kaudiyala, Neelkanth Mahadev Temple, Devprayag, Swarg Ashram, etc. So in nutshell, Rishikesh is a place for many things, including religious, spiritual and adventure stuff, which give enough reason to visit here.

Also Read: Muzaffarnagar in One Day