Muzaffarnagar in One Day

Muzaffarnagar is known for being an agricultural land apart from one of the important destinations of religious interest. This city is known for a number of ancient religious places of worship, temples and other spiritual areas worth visiting. If you have just one day to roam around in Muzaffarnagar and you want to explore its important places, it would really become difficult. Yet you can manage things and would be able to touch the important attractions of the city. 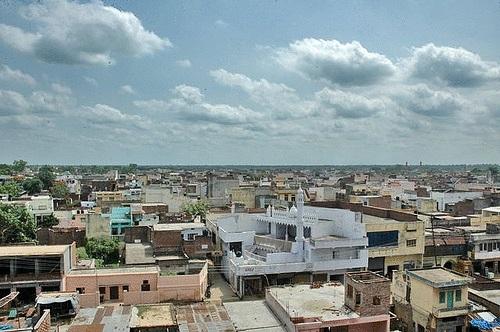 Muzaffarnagar is among the major cities of Northern India, which is located between Meerut and Saharanpur over the national highway – NH 58. You can visit a number of religious places here in this city along with catching up with your shopping stuff and having certain food around the city.

Muzaffarnagar is located in Doab region of the western UP state, which was established by a Mughal King called Sayyid Jagirdar. However, if you look at the roots of this town, it dates back to the Harappan Civilization, which is even mentioned in the history of great epic war of Mahabharata. Being closer to cities like Hastinapaur and Kurukshetra, this place has great significance in the history. The village called Pachenda in Muzaffarnagar is the same place wherein camps of both Pandwas and Kauravas were located. However, after the epic war, this place was not visible in the maps of Northern India till it was developed by the Mughal King.

Muzaffarnagar is a bustling city of Uttar Pradesh, which has given a tough competition to much developed cities like Meerut and Noida. It has, therefore, embarked as an important investment destination for real estate development and other sectors.

A Day Trip to Muzaffarnagar

As your objective is to simply cover as much areas as possible and explore different places here in one day it is better to hire a taxi or any other vehicle to cover the distance of around 40-60 kilometers. Being new to this place, you may have problems with the direction; hence make sure you have a map of the city. Though your smartphone applications and GPS systems would guide you but it's always recommended to carry a map to avoid any discrepancies due to network problems.

The best place to start with is Shukratal. Shukratal is a small religious town, which is located 25 kms from the Muzaffarnagar main city area and you take just half an hour to catch this place. This is the place wherein you can find one of the oldest banyan tree called Vat Vriksha. Being revered for its ancient religious significance. This is the place wherein you can also find other religious spots including Ganeshdham, Hanuman Dham and Durga Dham wherein you find mighty statues of Ganesha, Hanuman and Durga.

Once you cover this important religious place found in the outskirts of Muzaffarnagar, you can head to a tomb called Dargah Har Shrinath of a very popular sufi saint. If you visit this place during the days of Shivratri, you can find a huge gathering of devotees here.

Now, proceed to another scenic village located at the vicinity of Muzaffarnagar called Vahelna. It is a very soothing and lush green area, which encompasses a popular temple of Parshvnath Digamber, is also known as Vahelna Jain Mandir. It is one of the most popular and biggest religious place of Jain community, which witnesses a huge gathering of devotees round the year. There is a small pool adjoining this area, wherein you can enjoy boating as well amidst the lush green surrounding.

Your next destination should be Sankirtan Bhawan, which is also called as Kirtan Bhawan. It is basically a temple of Lord Tirupati Balaji, which is the only major temple of Balaji in the north India. This temple is famous for experiencing soothing atmosphere and incredible spirituality.

Just close to this temple, you have Bhairo ka Mandir (Temple of Lord Bhairo). One of the important attractions of this place is the Ekadash Shivlinga, which is an array of eleven Shivalingas.

Besides the above named important religious places to visit in Muzaffarnagar, this city is also the home to two important museums – Government Education Museum and Zoology Museum of Post Graduation Zoology department. Both the museums have enough stuff to cater your intellectual urge to a great extent.

If you have time and want to enjoy a perfect solitude don’t forget to visit the beautiful garden called Kamla Nehru Vatika to relax and have some time to enjoy the bounties of Mother Nature. As far as the special food is concerned, don’t forget to try out the famous Chand Bali Chaat in the city. It comes with an irresistible flavor, which will enlighten your mood that you would often cherish for long.

Things To Do in Muzaffarnagar