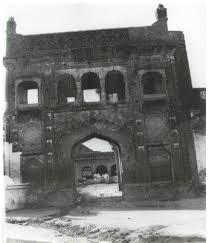 Being one of the seventy districts of Uttar Pradesh, Muzaffarnagar district is situated in Saharanpur division. Being a part of Northern India, Muzaffarnagar city is the municipal board of the district. Located in the western part of Uttar Pradesh this district is situated in the Doab region of the River Yamuna and River Ganga.

Discussing the history of Muzaffarnagar becomes more interesting since its roots takes us way back to the age of Harappan Civilization and the Hindu era of Mahabharat. Various revealing facts on the background of the city have emerged in the recent past with the active involvement of Archaeological Survey of India which makes altogether Muzaffarnagar a city of rich heritage and significant part Indian History.

To begin with the mention of human civilization in Muzaffarnagar district was first noted in the detail history of Harappan Civilization. In the Mandi Village of Muzaffarnagar district traces of the existence of this civilization was prominent. This village now comes under Tehsil Sadar on the western banks of the River Kali. According to the facts revealed by Archaeological Survey of India, various rings and precious stones of different make was discovered here which originally belongs to the Harappan age and the nature of objects which includes heavy weighted gold beads, rare stones and several jewelries indicate that the location may be used as a trading center during that age. Even the location reveals coins which belong to the Kushan period or what is more significantly called as Kanishka’s era.

Muzaffarnagar is based with close geographical proximities with two major cities Kurukshetra and Hastinapur which found immense importance in Hindu Epic, Mahabharat. A lot of activities were witnessed of that era in the land of Muzaffarnagar too. It is claimed that the few battles of the famous Mahabharat was also executed in the fields of the present village “Pachenda” with camps located at Pandavli and Kaurawali.

While in 1399, traces of Timur’s army crossing the district to travel to Delhi are marked, there remains also the advent of Aryans from Punjab in this region. The involvement of Mughal Empire in the district was marked during the reign of King Akbar, when the region was originally named as Sarwat. Sarwat, during the Mughal times was ruled by the Sarkar of Saharanpur. It was Shah Jahan , who killed Peer Khan Lodi and offer the title of Lodi and the land of Sarwat which was mentioned as Pargana in the pages of history as “Jagir ”to Sayeed Muzaffar Khan. The city was founded in 1633 along with lands of Sujru and Khera but it was son of Muzzaffar Khan, Munawar Lashkar Khan who draws completion to the project and named the area after his father as Muzaffarnagar. This way the city got its present name with active support of the Mughals.

Many prominent structures resembling the style and architecture of the Mughals are spread across various parts of the district. It is evident that during the Mughal age various prominent leaders and nobleman of those times used to visit the district as a royal resort and spend time here. Many of them have admired the place so much that they have obtained Jagirs here.

The clans of Saiyeds have immense connection with the district of Muzaffarnagar. Be it the Jagneri Saiyeds or the Tihanpuri Saiyeds, all are considered as famous and important families of the city. Even the Kundliwal and the Chhatauri families are prominent names marking the history of Muzaffarnagar. Even the end of Mughal era was marked the reign of Saiyed Brothers Abdulla and Hasan who were ruling the period from 1707 to the later part of 1720. But the scenario changed with fall of the Saiyed brothers and there came the Sikhs and other adventurers.

It was in 1826 when the British established themselves in the country and honored Muzaffarnagar district as the revenue district of the regime of East India Company. Many administrative works of the British times were executed from the district and the British considered the place as a prime location for their activity.

During the first freedom Struggle under the leadership of Shamli based Mohar Singh and Saiyed Pathans in 1857; Shamli was won over from the British but unfortunately the same was again lost. The freedom Struggle continued and many lost their life in search of Independence from the brutality of British power. But soon the framework of Indian National Movement changed and Indian National Congress came to the front. Led by famous freedom fighters like Keshav Gupta, DR Babu Ram Garg, an office for the Independence Movement was created in Muzaffarnagar. After the Freedom Struggle took a complete new turn in the district. Many prominent and world renowned leaders of the Independence Movement like Mahatma Gandhi, Subhas Bose, Jwaharlal Nehru, Sarojini Naidu all visited the district and considered it as the bed of the freedom fight. Even the Quit India Movement in 1942 shows mention of the district in various activities then.

However, at last, the freedom movement was successful and it was from the residence of Keshav Gupta, the Flag hoisting ceremony was executed in the district to mark the Independence from British rule. Many prominent leaders and intellectuals from the district have been involved in the freedom struggle from Muzaffarnagar and they have gone through lot of humiliation and distress to achieve the desired Independence.

One of the prominent districts of Uttar Pradesh, Muzaffarnagar today has become a hugely developed and economically and socially progressive district of the country. The city has availability of all major facilities and it shows potential of huge growth in each genre.