Business and Economy of Muzaffarnagar 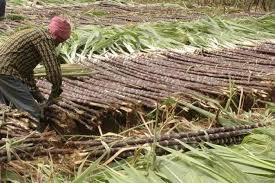 Referred as the “Sugar Bowl of India”, Muzaffarnagar is one of the prominent sugar belts of the western part of Uttar Pradesh. It may be noted that this district is known for its sugarcane production among the rest of the world. In fact in this district, sugar and jaggery which in Hindi is referred as “Gur” are the two most important industries. It may be signified that Muzaffarnagar is often called as the Jaggery hub of the state with prominent contribution in jaggery trading. The contribution to this business is provided by the eight sugar mills operating in the district which includes popular names like Tikola Sugar Mills, Mansoorpur Sugar Mill Ltd, etc which get their produce from the nearby regions.

Apart from sugar industry, the other two major products which shift Muzaffarnagar to an industrial town are steel and paper. A number of steel plants and sugar mills are spread across the district whose production has sufficient contribution to the overall economical growth. Few of the prominent steel plants in the area are Amba Steel, Riyan Steel, Gagan Steel, Rana Steel and many others. Likewise there are twenty three paper mills in the district which includes Minu Papers, Parijat Papers, Khurana Paper Mill and many others.

Apart from this another industry which is slowing placing its foor in the market is the fishery business. With quite a number of high-end water bodies, the fishery business is projected to be much better from the present scenario. The fisheries department of the district has taken sufficient steps to promote the business by helping the fish farmers or the pond owners in this matter. In the present scenario, lease of Panchyat ponds are given and once the lease is granted, fishermen are advised to take loan of a lump sum and invest to have better returns from the business. Government Schemes like Machua Awas Yojana is an initiative to remove poverty in the area and promote the business in the district to have better returns.

Credit for contribution to Muzaffarnagar economical growth should also be provided to the excellent art work and handicrafts of this region. One of the primary qualities of the natives here is the superior wood carving for which not only Muzaffarnagar district is famous but the whole Saharanpur division is famous. The art work here includes versatile handicrafts, beaded jewellery, beaded sandals, stone carvings, various home furnishings and plenty of other eye catchers which have a considerable demand in the market. Various products manufactured here are exported to various parts of other countries as well as a lot is sold here at the local market in quite cheaper prices.

Tourism and Entertainment industry also has much contribution in the economical and business growth of Muzaffarnagar. There are several popular pilgrimage centres in Muzaffarnagar like Bhairo Ka Mandir, Sukhdev temple, Ganesh temple, Shiv Chowk, etc which are a must visit for the devotees. Apart from this the beautiful landscapes and heritage buildings of the Mughal era make it a beautiful tourist location which is visited by travelers throughout the year. The popularity and increased footfalls of the tourist have also encouraged entertainment business like movie halls, restaurant business, salons and not to forget shopping malls. More and more people are adopting the modern views in these regards and more business opportunities in these sectors are coming up to boost the economy of Muzaffarnagar

However, the Government and other investors have identified the region as profitable venture for various industries. The key features and the advantages of the district are taken into count and slowly progressive and profitable business houses are showing their interest in the region. Various mills and factories in the region are closed due to various operational and management issue thus forming a barrier in the growth of the district. Measures are taken to rectify those problems so that the closed mills can be made operational sooner.