Muzaffarnagar is one of the cities of Uttar Pradesh based in Northern India. It was established in the year 1633 during the Mughal regime by Sayyid Jagirdar Munawar Lashkar Ali and named it after his father's name, Muzaffar Ali Khan. Muzaffarnagar is located in between Delhi and Dehradun over the national highway – NH58, which connects to all the national railway and roadway network. Muzaffarnagar has been a good and hot political base for different groups, hence you can find several farmer leaders hailing from this city. This city is a headquarters of the district Muzaffarnagar. It’s a multicultural and religious place with a majority of Hindus who dwell with other communities like Muslims, Sikhs, Buddhists and Christians. 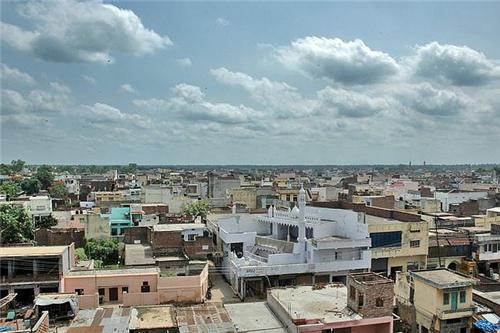 The history of Muzaffarnagar is interesting and worth exploring. As mentioned above, the name of this place was given by Sayyid Jagirdar Munawar Lashkar Ali as Muzaffarnagar to honor his father. It was 1803, during the first conquest of this place, it was clubbed to the famous Moradabad city. Later after one year the same place was assigned by Akbar - the Great, the Mughal Emperor, to Saharanpur that was seen extending to Siwalik Hills also connecting certain areas of Aligarh. For two years, this place was managed by the Delhi-based administration groups and finally during 1806 a separate collector was appointed to take care of this place, which was clubbed to Meerut and Saharanpur. Lastly in 1824, a sub collectorship at Muzaffarnagar with a specific jurisdiction was created and then ruled separately. When the British invaded this place, Muzaffarnagar was clubbed in Meerut division and remained among the towns of United Provinces of Oudh and Agra. In this way, Muzaffarnagar was seen getting attached to different provinces both during the regimes of Mughals and British Raj. With the freedom of India, a district headquarter was created at Muzaffarnagar thus making it as an independent town in North India.

Click Here to Read More about History of Muzaffarnagar

If you look at Muzaffarnagar in geographical point of view, it is based at 29.47 degrees north and 77.68 degree east. It is based around 125 KMs towards the northern side from the national capital Delhi and around 200 kms from Chandigarh over the south eastern direction. Some of the historical cities closer to Muzaffarnagar include Meerut, Hastinapur, Bijnor, etc while other cities closer to this city include Delhi, Roorkee, Ghaziabad, Rishikesh, Haridwar, Saharanpur, Dehradun, Mussoori and Panipat.

The climate of Muzaffarnagar has the humid subtropical impact, which can be attributed by hot summers and cold winters. During the summers, the highest temperature reaches to approximately 40 degrees Celsius while in winters the lowest temperature goes to somewhere 7 degree Celsius. The monsoon at this place comes in the last weeks of June and typically stays till September with an average rainfall of around 600 mm. So typically speaking, you have three seasons in Muzaffarnagar.

For More Details on Geography of Muzaffarnagar Click Here

Muzaffarnagar is denoted as an important sugar belt of UP as this region is among the most popular sugarcane producing areas not only in India but in the entire world. One of the most important industries discovered in Muzaffarnagar and its vicinity is the sugar and jaggery production houses. So, apart from being an important agricultural place, Muzaffarnagar is also one of the key locations for jaggery trading. One of the popular trading hubs for jaggery includes the Naveen Mandi Sthal wherein the jaggery products are dealt in huge numbers. Besides, Muzaffarnagar is also one of the key industrial towns wherein you can find a number of plants pertaining to steel, paper and of course the sugar ones as well.

In Muzaffarnagar district there are 11 different sugar mills while a number of steel companies are seen marketing steel products like bars, angles, etc. to different places in the country. As per experts, around 45 percent of people in this region are engaged in farming activities. Indicus Analytics (An Economic Research Institute based in the city) suggest that this city has the highest agricultural GDP and biggest granary in UP. With such potentials, there are many multinational companies, which are seen investing in the region. These have given birth to a development of good infrastructure in Muzaffarnagar. Hence, one can see a number of highways, housing and other civil projects on way. Also, there are certain enhancements, which are taking place in the infrastructure of Muzaffarnagar Railways.

For Details on Muzaffarnagar Business and Economy Click Here

As per the recent census reports, the city has a majority of Hindus (68%) followed by second highest Muslims of 27 percent while rest 15 percent is the other communities including Sikhs, Christians and Jain. Hence it’s obvious to find a number of festivals in this place. The following are the festivals celebrated in Muzaffarnagar.

Places to Visit in Muzaffarnagar

Though Muzaffarnagar is not a tourist place yet you can find several religious and commercial places worth visiting. The first name that appears in the religious place is Brahma Ji Temple, which is located at the banks of Hindon River in Muzaffarnagar district. There are only two Brahma temples in India, one at Pushkar and the other at Muzaffarnagar. It’s an ancient temple worth visiting in Muzaffarnagar. Another religious place is Shukratal, which has an important place as per Hindu mythology that comprises a 1000-year-old banyan tree known as Vat Vriksha. Every year, thousands of devotees pay visit to this place. The other in this list includes Kali Nadi Devi Mandir, Dally Devta, Bhairo Ka Mandir, Shiv Chowk, Sankirtan Bhavan, Shri Shri Golokdham, etc.

As Muzaffarnagar is an industrial belt, it’s obvious to see several commercial hubs found here. The first name that comes is Bhopa Road, which is basically a big commercial and transport hub of the city. Then you have Lohia Bazaar also known as Loha Mandir, which is basically a big market area of iron and steel products. The SD Market is a famous hub of cloth traders and wholesalers while Sadar Bazaar is the main town area encompassing hospitals, public banks, stock brokers, hosiery, etc. For heavy engineering products, you have an area called Gandhi Colony and the Roorkee Road Market and lastly for the automobile market and showrooms the Meerut Road area has all the places to find good deals in the auto world. The city has few shopping malls as well including the ASJ Grand Plaza wherein you can find all the global brand products and the multiplex showcasing different movies.

Muzaffarnagar being located over the National Highway (NH58) is connected by the networks of roads and railways of all the directions. In this way, good transport connectivity simply help people and other stuff to reach out to all the important cities and states of India.
For More Details on Transport in Muzaffarnagar Click Here